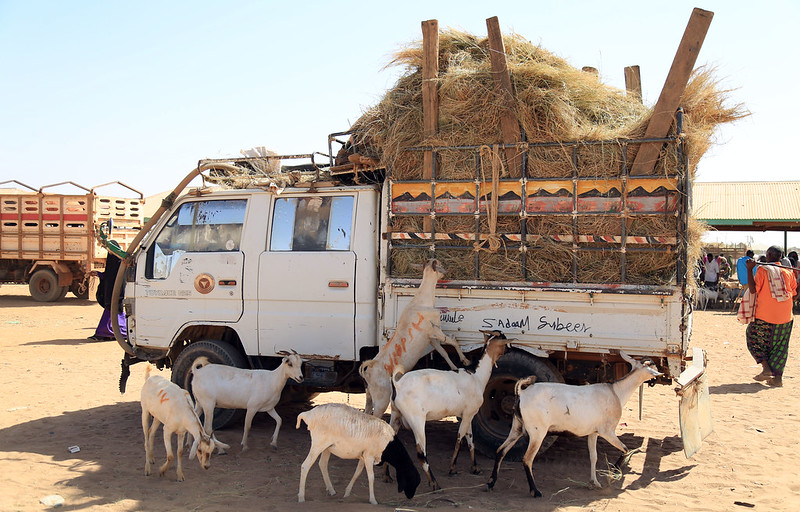 A recently published International Livestock Research Institute (ILRI) research brief shares findings from an assessment of animal grading and market participation among sheep and goats producers that show women are an integral part of livestock ownership and enterprise in Somaliland.

Livestock trade accounts for 40% of Gross Domestic Product and is also a chief forex earner (80%) in Somaliland. Sheep and goats are reared and traded in most parts of the country. In 2012, over 3 million sheep and goats worth USD 200 Million were exported. Saudi Arabia, Yemen, Oman, Egypt and the United Arab Emirates are the main importers.

A significant number of small ruminants are also marketed domestically creating jobs for locals especially women who are popularly involved in domestic meat selling and production of useful by-products such as soap and ornamentals. Income from livestock sales is used to buy food and other necessities thus impacting directly on food security and poverty.

According to the brief, small ruminant enterprise households keep about 50 animals and flock sizes are larger among pastoralists (on average 58-72 animals) than among agro-pastoralists (29 animals) and women are also strongly involved in these enterprises as animal owners.

‘While knowledge about the livestock grading system is widespread among producers, quality composition of animals sold and prices fetched indicates there is scope for producers to raise their incomes through sale of higher quality animals,’said the authors.

They recommend educating producers, promoting fattening of animals and addressing feed availability to improve the quality of goats and sheep reared.

This study was conducted as part of ‘Reducing vulnerability of Somali communities by raising the capacity of indigenous systems and enhancing market access and consumer welfare’ project in Somaliland, which is funded by the Danish International Development Agency (Danida) and implemented by ILRI and Terra Nuova. Findings from this study will soon be published in East African Agricultural and Forestry Journal.